Overview: The National Legal Aid & Defender Association (NLADA) is America’s oldest and largest nonprofit association devoted to excellence in the delivery of legal services to those who cannot afford counsel. They provide advocacy, guidance, information, training and technical assistance for members of the equal justice community, especially those working in public defense and civil Read more about NLADA: #AStandforRacialEquity – An Organic Campaign[…]

Recognized as the nation’s preeminent multicultural awards show from an African American perspective, the NAACP Image Awards, celebrates the outstanding achievements and performances of people of color across more than 80 competitive categories spanning film, television + streaming, music, literature, and podcasts. In 2014 and 2015 I managed digital media for this event. It involved live-tweeting Read more about #ImageAwards: Covering a Live Event as a One-Man Band[…] 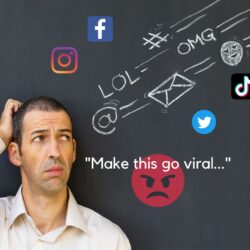 I’m going to give it to you straight, so be prepared. There are many hats your resident social media manager wears in the office or when telecommuting. Here are a few things he or she probably want you to know but may be afraid to tell you. 1. Social media is not a bulletin board. Read more about Four Things Your Social Media Manager Wants You To Know[…] 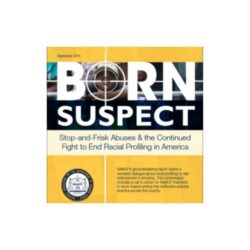 I had the opportunity to manage the production of this campaign video against racial profiling with Truxton Creative in Washington, DC. The shoot was held at the historic Thurgood Marshall Center YMCA gymnasium, Sept. 2014. People from all backgrounds and ethnicities took part in the production, taking a full day to get this 1:50 minute Read more about NAACP: #BornSuspect Campaign Launched, Project Managed[…]

You get a call from your manager, asking you to “do stuff on social media.” You have no idea what to do. You’ve been working as the “social media person”, but have not seen much success. Here are a few items that will put you on the track to consistent social media wins. Be Timely Read more about Four Keys To Social Media Success[…]